Culture and Cake in Vienna and Budapest 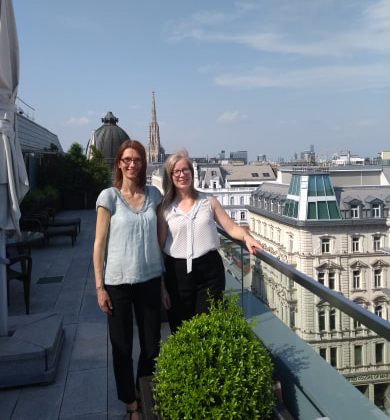 After a very early start we arrived in Vienna ready for a packed day of hotel visits. We decided to get the CAT Express train from the airport direct to the city centre which was really easy and only took 15 minutes.  We checked into our hotel, the Hotel K&K Maria Theresia, which is 5 minutes’ walk from Museumplatz, which is a great area to sit and people watch and has lots going on. Unfortunately we didn’t have time to stop and headed straight out into 30 plus degrees heat! 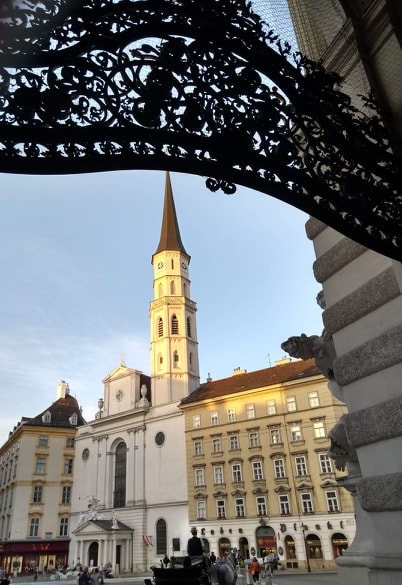 This was a full day of appointments with barely time to take in the amazing sights of this beautiful city. Lunch was taken on the hoof before continuing with our tight schedule. By the end of the day we were so glad to finish up in the luxurious Hotel Sacher Wien (first choice for the rich and famous) where we got to sample the famous Sacher Torte. 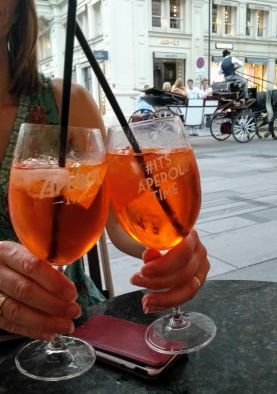 With work over for the day we headed back to the hotel for a quick shower and set out to see the evening sights of Vienna and sample some wiener schnitzel and Aperol spritz!

After a hearty breakfast we enthusiastically set off for the Spanish Riding School. We had a ticket for the morning practice session and to be honest we weren’t sure if it was going to be our cup of tea. However, to our surprise we really enjoyed the experience. The horses were amazing and the setting was beautiful. Unfortunately though, photography is not allowed.

We had time then to do some sightseeing around this stunning and very clean city. The architecture is amazing and so much history. We would have loved to stay longer but Budapest awaited!

Back to the hotel to collect our luggage and a quick taxi ride to the station. Vienna HBF is very easy to navigate and we easily found our train, having picked up a picnic lunch to eat on the 2 ½ hour journey to Budapest. 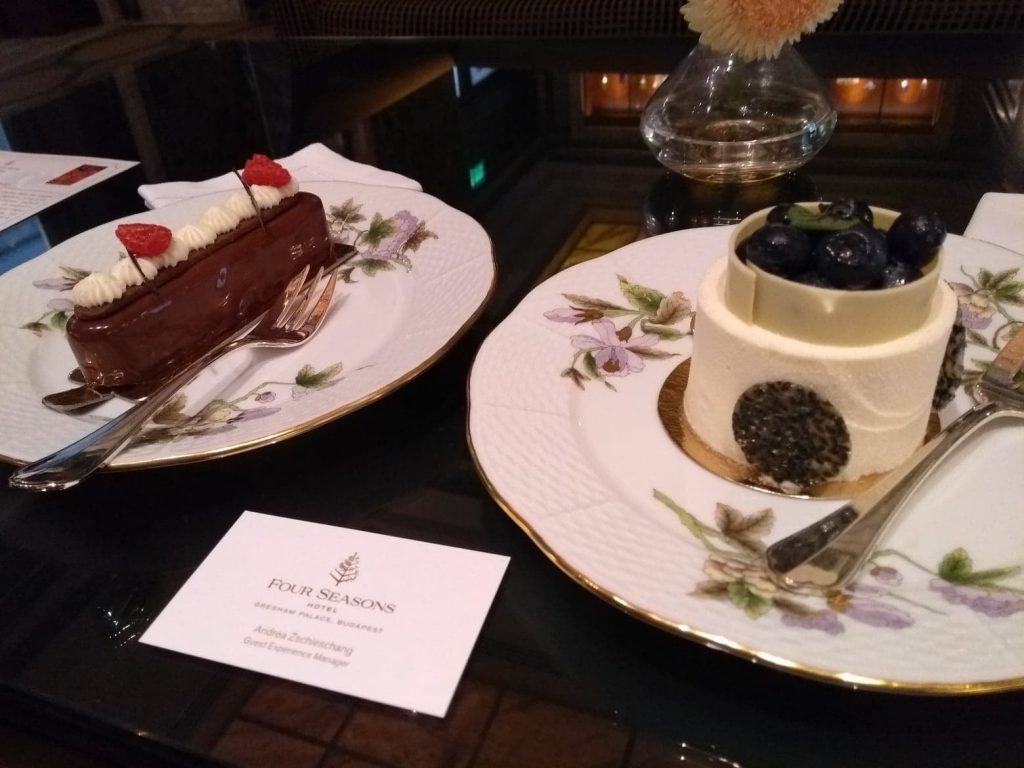 As expected we arrived bang on time into historic Budapest Keleti station. No time spare we headed straight to our first appointment at the 5-star Four Seasons Gresham Palace Hotel overlooking the Danube. After being shown round this amazing hotel we were treated to home-made lemonade and stunning cakes. 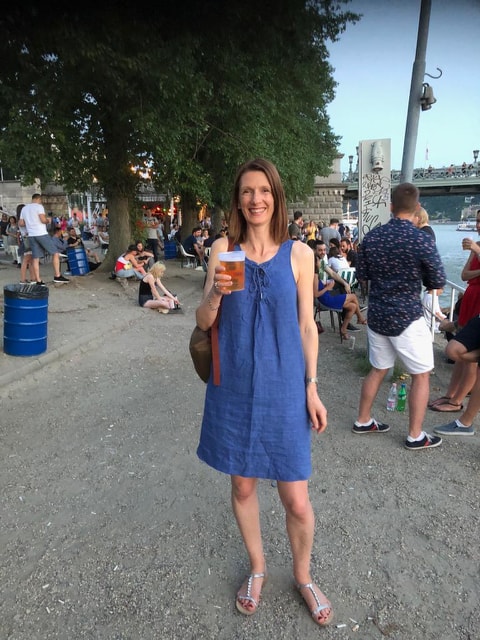 By this time we were ready to head to our hotel, the Carlton Hotel on the Buda side of the river, to get ready for our first evening in Budapest. Heading over the Chain Bridge we found a lively pop up bar on the river bank with a great atmosphere. After a quick drink we set out to find somewhere to eat. We had a lovely dinner in the shadow of St Stephen’s Basilica before heading back to our hotel as it had been a long day. 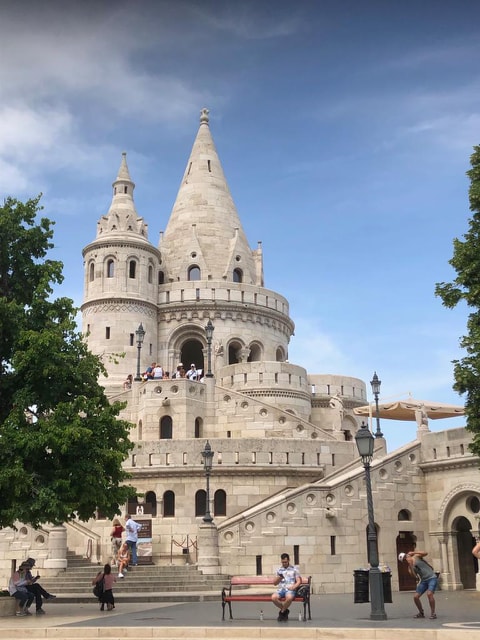 We had a few appointments this morning and with the temperature still rising we set off on foot armed with hats and sun cream! We managed to see some sights along the way. With work over by early afternoon we now had time to head out and enjoy the city! As our hotel was on the Buda side we decided to spend the afternoon exploring Castle Hill. There is a funicular railway which goes straight to the Castle but we decided to take the little shuttle bus which stops off at various points so you can see everything without having to walk very far (great in 35 degree heat). There are amazing views from Fisherman’s Bastion and the stunning St Matthias Cathedral. This whole area is like a separate small town with winding streets and lots of restaurants and a few hotels. We really liked the atmosphere up here and a great way to spend an afternoon. 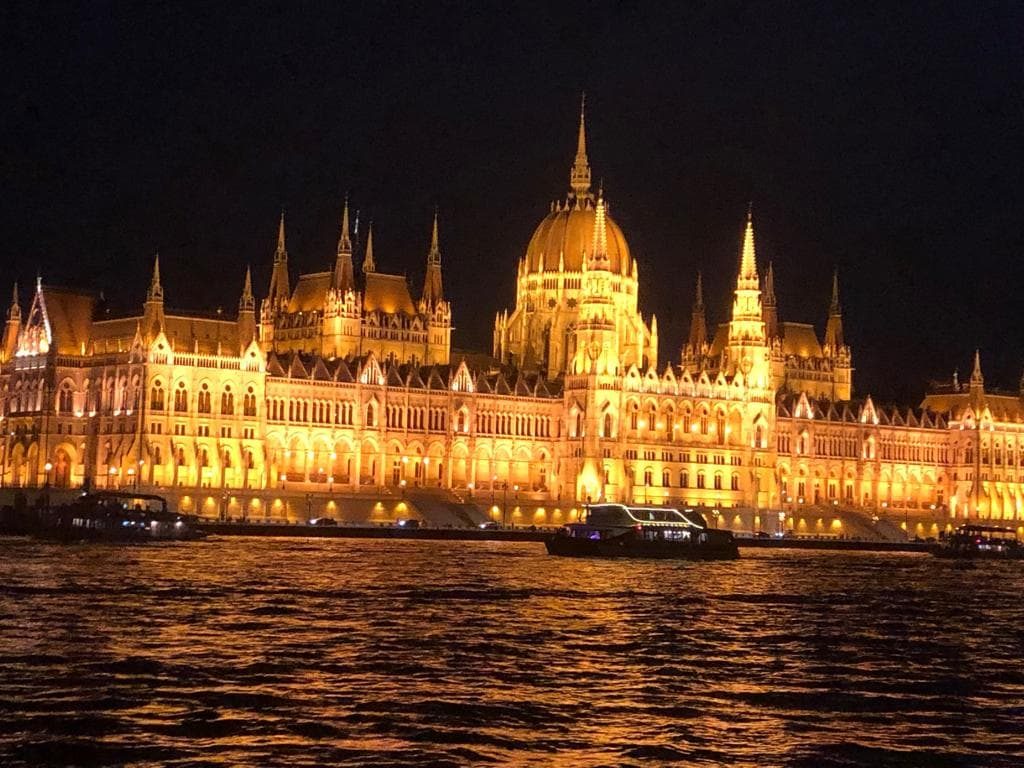 As it was getting late we decided to head back to our hotel to get ready for an early dinner before going on our Danube river cruise. Heading along the river we found a lovely restaurant where Irene cooked her own chicken on a hot stone! During the hour long cruise we were served Champagne and sat back to enjoy the stunning views of Budapest by night. Not ready to head back to the hotel yet we decided to explore some more of Budapest’s nightlife. The area around the Budapest Eye is very busy with people of all ages in bars or just sitting on the grass enjoying a drink. 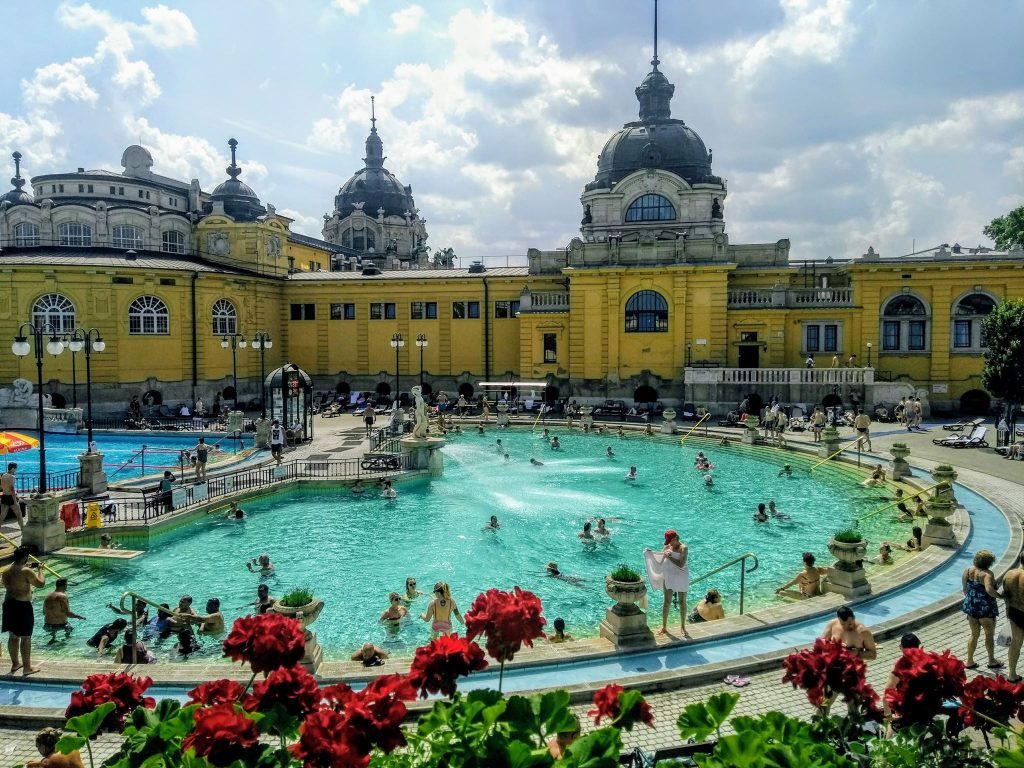 We had been looking forward to this morning as we were going to the Szechenyi Thermal Baths. We decided to try the local bus which took us to Heroes Square where the baths, the zoo and the Botanical gardens are situated. The baths were very busy with both tourists and locals but as there were so many pools to try out it didn’t feel too crowded. It’s one of the largest baths in Europe with 21 different pools of varying temperatures. It was a great way to relax after a busy few days. 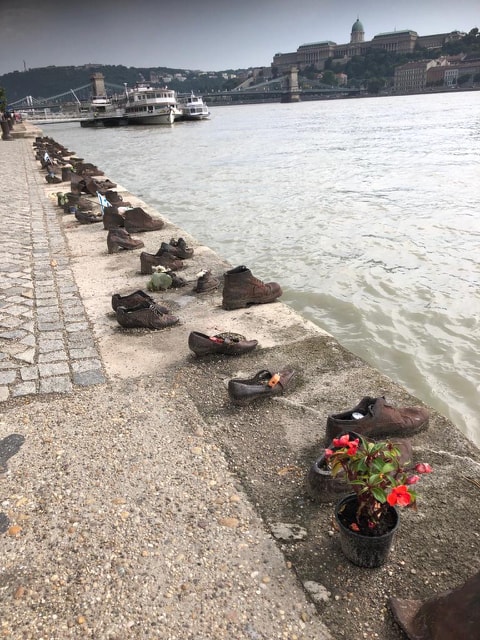 Just as we were leaving the heavens opened so we ran to a nearby restaurant to shelter from the thunder and lightning and have some lunch. Eventually the rain stopped so we headed back on the bus to the Danube as we both wanted to see the ‘Shoes on the Danube Bank’. This moving memorial is to honour the Jews who were shot into the Danube during World War Two. They were ordered to take off their shoes, and were shot at the edge of the water so that their bodies fell into the river and were carried away. It represents their shoes left behind on the bank. Walking along the river we passed the stunning Parliament Building. 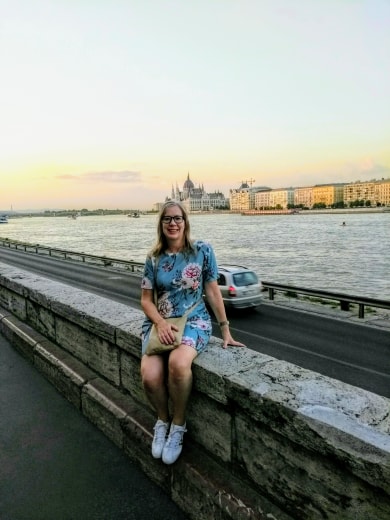 All too soon it was time to head for the airport and our flight home. Both Vienna and Budapest were amazing with so much history and stunning architecture. We both agreed it was a really easy combination for a two centre and would love to return as there is much more to see and do.

To find out more about Diane and Irene’s Vienna and Budapest trip or if you are interested in a similar trip give them a call on 0131 243 8098 or send an email.