A wealth of exciting events are taking place in the coming year in some of our top city break destinations. While each city offers its own unique appeal, visiting during one of these special occasions can make your holiday even more memorable.

Mark your calendars – here are just a few of the great 2014 events that we are looking forward to.

In late May and early June the city of Paris takes centre stage to host the French Open, drawing tennis fans from around the world to the Roland Garros Stadium to watch players go head to head for the championship prize.

Built in 1928, the stadium was named after the French aviation pioneer Roland Garros who was the first man to fly a plane over the Mediterranean and who frequented the tennis grounds often to watch matches before the stadium was built. Today the stadium is one of four major venues in the world to host a grand slam tournament and is known for its premier clay court event which creates a slow-playing surface and results in a more physically demanding game.

Although the French Open is an exclusive annual event, tickets are reasonably priced and the atmosphere is noticeably more laid back than other tournaments such as Wimbledon.  Many find the advantage of being in a top city break destination an added perk, as there is plenty to do and see beyond the draw of the tournament.

The Roland Garros stadium is open year around from Tuesday – Sunday, 10am – 6pm. Visitors can also enjoy a visit to the stadium boutique where tennis equipment and souvenirs can be purchased. The Federation Museum, also housed on the grounds, offers a permanent exhibition room promoting the history and traditions of tennis. The stadium is easily reached by Métro, with the Porte d’Auteuil or Michel-Ange Molitor stations nearby.

The last week before Lent is celebrated in many parts of the world with a week of excess. In Barcelona, the period between 27 February and 5 March is known as Carnaval – a time when the city erupts into an exuberant riot of colourful parades, masked balls, traditional food and fanciful costumes. Unlike many adult focused gluttonous celebrations, Barcelona’s Carnaval is all about tradition, community and fun for the whole family. 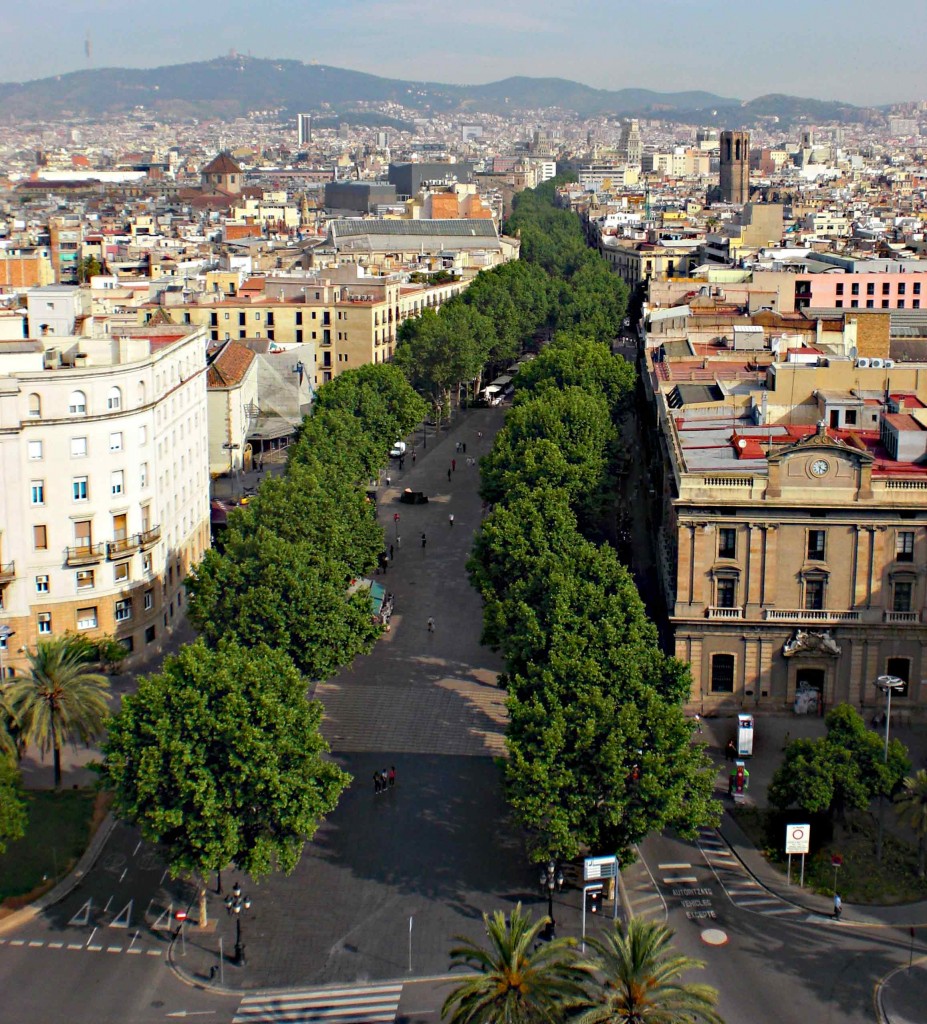 La Rambla in Barcelona, viewed from the Columbus statue

The excitement begins on Mardi Gras with the appearance of King Carnestoltes. Much like the arrival of Santa Clause at Christmastime, this plump, personification of the carnival spirit represents the beginning of the festive week. Follow the king’s procession to Passeig Picasso, just ten minutes’ from Las Ramblas, to participate in the popular La Taronjada, a huge event that started in the 14th century and traditionally involved a food fight with ripe oranges. Though the oranges have been replaced with orange balloons and confetti, the event is still is a big crowd pleaser.

A large masked ball, a huge barbecue on La Rambla, and numerous parades take place throughout the week, with each district hosting its own events. A true cultural celebration, Barcelona’s Carnaval is a feast for the senses with a host of entertainment and events not to be missed.

This spring visit Amsterdam’s famous Keukenhof Gardens, the largest garden in Europe, to explore over 79 acres of beautiful floral landscapes and 15 kilometres of scenic footpaths. The impressive grounds display over 7 million tulips, daffodils and hyacinths in bloom with pavilions that feature 30 alternating flower and plant shows, creating an ever changing garden, where there is always something new to see. 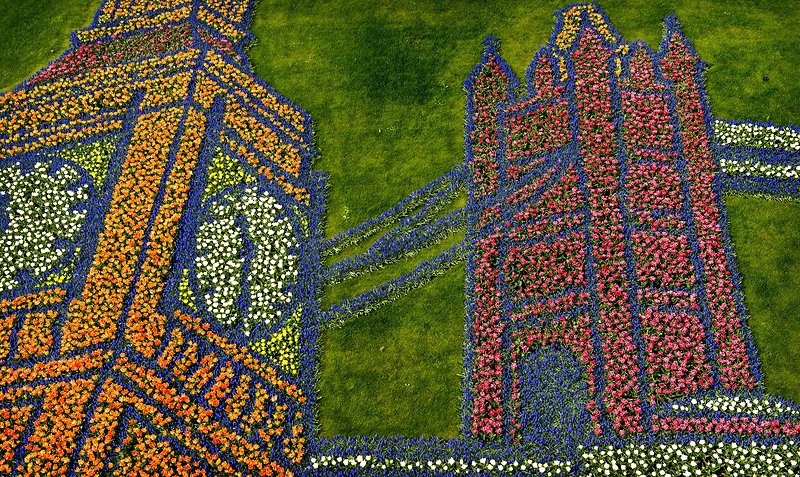 The Keukenhof Gardens was once upon a time a 15th century hunting ground where herbs were gathered for the kitchen of a local castle. Today the name Keukenhof, meaning ‘kitchen court’ in Dutch, has remained along with many of the designs established by the castle landscape architects J.D. and L.P. Zocher  whose past works included Amsterdam’s Vondelpark.

Visitors can enjoy the gardens from 20th March to 18th May. Special events this season include the Holland Heritage Weekend with traditional dress and crafts, the popular 40km Flower Parade and a number of indoor flower shows throughout the spring. 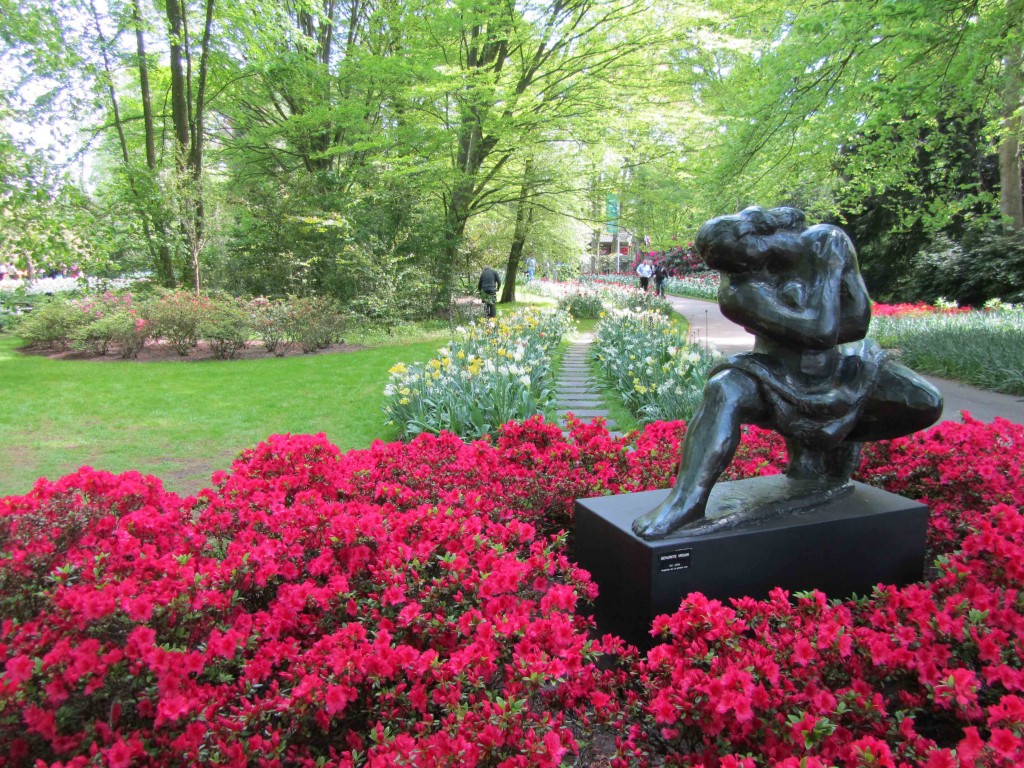 To find out more about these great 2014 events, and for information on all of our superb city break destinations, call our expert team on 0131 243 8098 or request a tailor-made itinerary online.